Maria, the indigenous teacher who found love online and migrated

It was April 2015 when Maria said goodbye to her family. She packed her bags and left home with her daughter Sofía, heading to the unknown. With butterflies in her head and stomach, she gathered her courage and said goodbye to her mom, dad, and some of her siblings without making promises of ever returning. 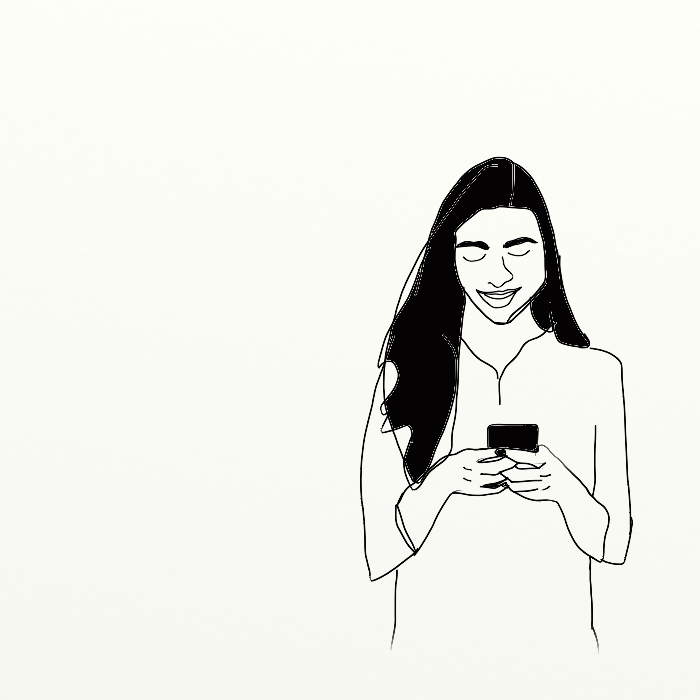 Maria is a q’eqchi indigenous woman from the north of Guatemala, she is a bilingual elementary school teacher, proud of her roots and a defender of Guatemalan women and immigrant’ rights. In 2015, Maria decided to leave her native country to begin a new life in a city in Jalisco, Mexico. She did this for love: love for herself, love for her daughter, and love for her new partner whom she met online and still only knows him this way. This is her story.

Growing up in Guatemala

María comes from the north of Guatemala, a town called San Juan Chamelco located in Alta Verapaz. She doesn’t know if her town has changed since she left but her memories remain intact. “It’s a beautiful place, we are known for our mountains, our forest because Guatemala is the country of the everlasting spring.” She describes this as she moves her hands in the air while she explains that it is here where the Grutas del Rey Marcos are found, an underground cave system where, according to the legend, a mysterious water source makes all wishes come true.She knows what she’s talking about; her roots. The q’eqchi or kekchí community is one of the 25 ethnic groups in Guatemala. According to the 2018 survey, 44% of the population in the country is part of one of the 22 Mayan ethnic groups, xinka, garfífuna, or is afro-descendent.Maria believes “her people” are hospitable and receptive, “you arrive at someone’s house, they offer you a cup of coffee, whatever they have, a glass of oatmeal water or maize water, it’s what we mostly drink there.” When she talks about her country she also remembers the deprivations she faced as a child. When she wasn’t studying, she and her siblings helped grow corn and sold chicken and tamales. “Our dream was to buy a van to fill with fruits and go sell them in the mountains, the hills,  farther places,” she recalls.Although combining work and study wasn’t easy, María managed to get ahead and graduate as a bilingual elementary school teacher in q’echi-Spanish and basic English. For two years she taught in different rural communities. She saw her childhood reflected in her students, as many of them occasionally missed class to help their families out. “The most mischievous child became the calmest, sometimes he’d miss school and when I asked him why he hadn’t come he’d reply ‘I had to go work in the fields.’” In Guatemala, 16% of the population between four and 29 doesn’t study because they have to work, according to 2018 data from the National Statistics Institute of GuatemalaMore than half of the population, 58.8%, works in agriculture, followed by commercial activities, hospitality and food service.
‍
María’s life took a turn when she turned 19, she became a single mother. The man she had a relationship with didn’t support her and abandoned her when he found out about the pregnancy.Maria had her daughter, Sofia, before finishing her studies. When she finished, she looked for work but suffered the discrimination that often comes from being a single mother. "I felt helplessness...because when they ask you for your cv and you have to put how many children you have, and then they ask if you are married, and well, you’re not...you’re single, so that closed many doors," she said.She found refuge where she least expected it, in a course about indigenous issues and women, this was a breaking point in her life. “I became interested in everything relating to violence against women because violence doesn’t only refer to physical violence, but also words and economic violence. This place helped me ease all of the pressure I felt and became an important part of my life,” she says. After some time, she began working in helping women who had suffered any form of violence. She became an activist, fighting against gender violence, a topic that wasn’t discussed in her community. As a result, she started seeing aspects of her own life from a different perspective. For example, she became aware that her relationship with the father of her daughter, who she never saw again, was an act of violence, due to his abandonment.
She fought for violence-related causes and was an advisor to survivors, she even spoke to one of her friends who had been raped by her partner. “Her family never helped her, when I arrived at her house to pick her up, I noticed that she had bruises on her face, I had to take her to a hospital. We began an investigation process,” she recalls. María received threats from the aggressor and had to put the case in the hands of a social worker, for she feared for her daughter’s life and her own.

María found love online at the end of 2014. She met Marcos, her current partner, on Facebook. “Actually, I feel as if I still don’t know him because he’s not here,” she says, by “here” she means Mexico, the birthplace of her current partner, where she currently lives. “He’s from Jalisco but lives in the U.S.,” she explains.

Marcos sent her a friend request and that’s where it all began: the hellos, the constant messaging, virtual friendship. “So we began talking and became friends, as time passed, like three months later he said, ‘hey, I know you’re far but I feel something for you and want you to be my girlfriend.’” The proposal shook Maria. She didn’t respond right away, she thought about it for a bit and then accepted the love proposed by a Mexican migrant in the U.S.
‍
Two months later, she received a marriage proposal through a video call. “He told me “I want you to be my wife because you’re lovely and hard-working,’ and I said ‘Oh no!’ and blushed but said to myself ‘I think he wants something serious because he proposed marriage despite the distance’,” recalls Maria with the same excitement she felt four years ago, when she said yes even if they hadn’t met in person.

In a context lacking opportunities, filled with insecurity, Maria and her partner planned her and her daughter’s trip to Jalisco, Mexico. Maria’s decision wasn’t unique in a country with a high immigration rate. In 2017, 1,117,355 people emigrated from Guatemala, according to UN figures, which means that 6.6% of the country's population lives abroad. More than half of them are migrants, 50.26% in total, were women.

Maria first tried to do approach the legal process of migrating, "do it correctly," she says, but it was practically impossible. "From a distance, my partner was helping me with the process and the paperwork, but unfortunately in the Mexican embassy they denied me a visa." She then tried to get hold of a tourist visa but did not succeed either.

After many attempts, Maria got tired of the rejection and became discouraged, she stopped insisting. During these procedures, she met a taxi driver, who would later become a key figure in her entry into Mexican territory. “One day I told the taxi driver: I'm trying to go to Mexico but they don't give me a visa,’ and he said ‘hey, I have been to Mexico, I have family in Mexico, what if you skip customs?’"
‍
She tried again, this time following the taxi driver's suggestion. She processed a "border permit", that lasts only three days and was the document the taxi driver used to visit his family. She didn’t succeed the first time, she got nervous and couldn’t answer the questions asked by the immigration agents. She had to go to another part of the border for a second attempt. This time her answers were more agile.

María and her daughter crossed, migrated, in April 2015. They have not returned to Guatemala since. The taxi driver drove from the southern border to Chiapas, where two relatives of Marcos were waiting for them to drive them to Jalisco, on a road full of turns and uncertainty, were checkpoints and collection booths spread along the way. Maria and her daughter slept to avoid being told something, asked to step out of the car, or checked. “Those who were driving were afraid that they would be told something, that they were trafficking people and get arrested for that,” she says.

“It’s a matter of humanity”

María arrived in Mexico four years ago, but she still lives a process of constant adaptation. Her immigrant status in the country retains her from having a formal paid job as well as other basic needs. The Mexican immigration law, in Article 52, establishes that a visitor without permission to perform paid activities cannot access formal work. "That is one of the limitations that I have found here, a girl told me once ‘there you could be a teacher and everything, but here your title is worthless.’ And it’s true, she’s right, but I know that one day it will all be worth it.”

To avoid the limitations of being a foreigner in Mexico, she had thought of getting the nationality for her and her daughter when her partner gets back from the U.S. She still doesn’t know when this will happen. At the moment, her daughter hasn’t had any trouble at school, but the headmistress suggested that she should regulate the status in the country.

This need became more urgent to María some months ago, after she was exposed to a situation that threatened her and her eight-year-old daughter’s safety. She was the victim of an attempted sexual abuse by a teenager. Although Maria filed a complaint with the Public Ministry, it was not prosecuted as she expected.
After this happened, Sofía started going to a psychologist and María took on boxing as a way to channel her emotions.

Despite the adversities she has had to overcome to get where she is, Maria will not stop fighting. She thinks of the future, her dreams and motivation to go forward no matter what.For this teacher of q’eqchi, living her birth town has been a dream. Living in another country with another culture and meeting new people is a great accomplishment. Sofía is her source of inspiration.
Now, she dreams of going back to teaching and become part of an organization that helps women, as she did in Guatemala.

She also dreams of meeting Marcos in person. To date, after five years of engagement, they only know each other through their phone screens. “He works from Monday to Monday, all week, sometimes he only gets rest on Sundays. He is also illegal over there so we haven’t met in person, but he’s excited to come back so we can meet, start a family, continue with our dreams.”

Maria is patient and clearly knows that she will keep standing up every time that is necessary. “I will not bow my head down, because if you do that they will finish you, they will give you checkmate and you will not be able to stand up again.”
‍
*The names of María, Sofía and Marcos have been changed to protect the identity of the protagonists of this story. 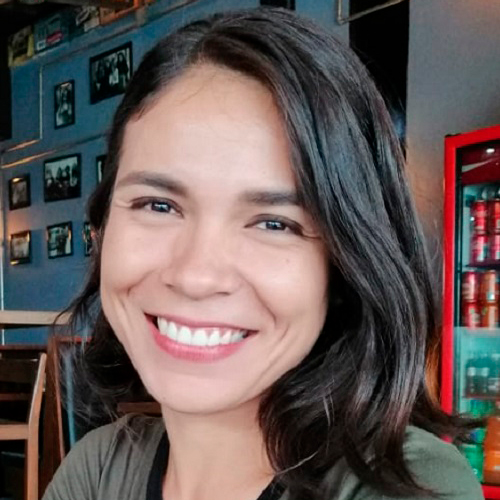 @mayv_14
Mayra Vargas has a bachelor's degree in Journalism. She lives in Jalisco, Mexico and has written for state, national and Latin American media outlets. She currently works in a regional outlet covering science, environmental issues, health and culture. Love is freedom, chilaquiles, and coffee for breakfast.