I - Miami in transition

Abandoning Venezuela to Find Myself: A Photo Essay of a Transgender Man in Miami 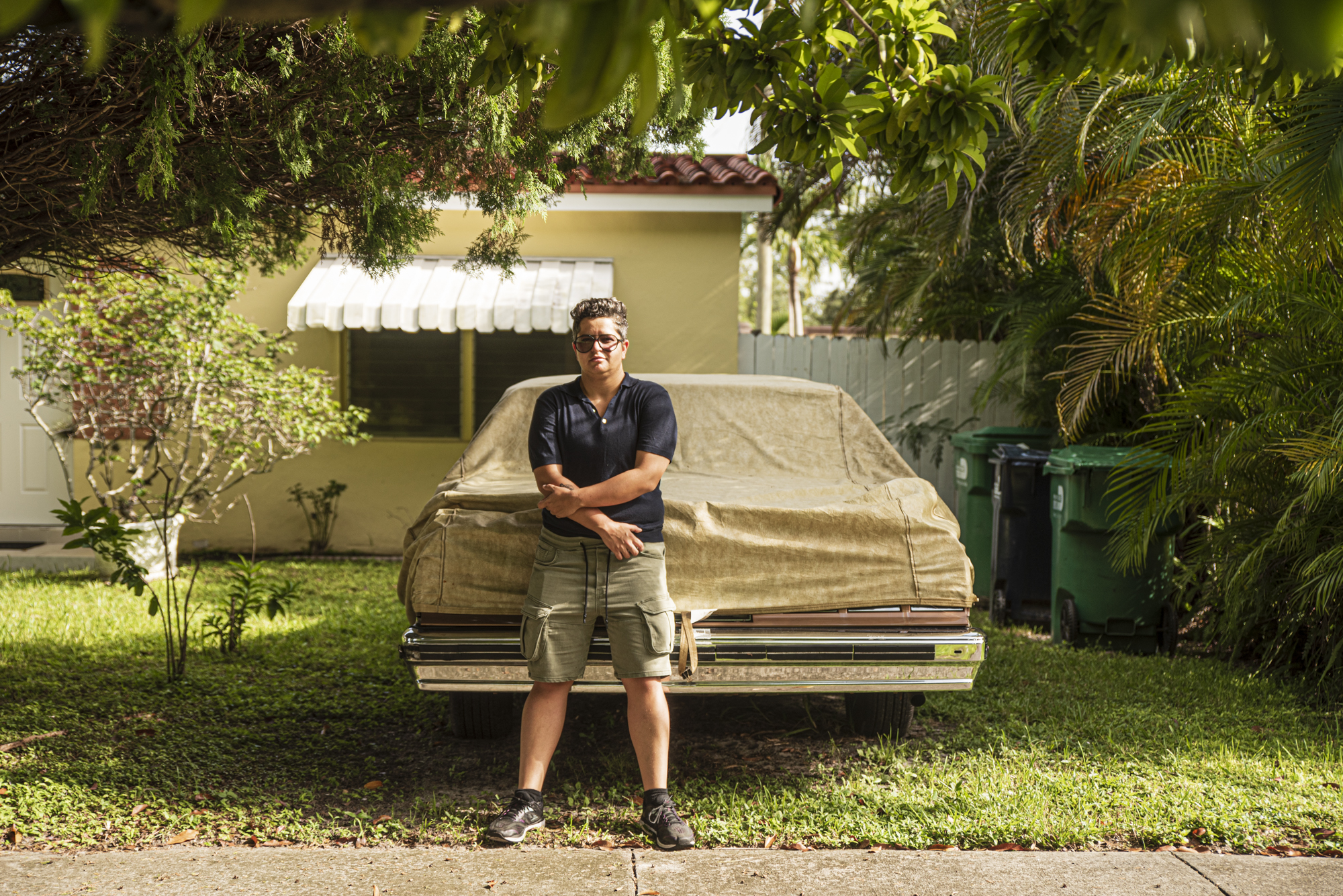 Not long ago, I was returning from an unexpected trip. As I flew over Miami, I felt for the first time that I was coming home. From above, I was able to recognize the Marlins’ Stadium, the Brickell buildings, Miami Beach, Key Biscayne, and part of what the Cubans refer to as “la següecera”, which is no other than the South West area of the city.
‍
I’ve been living in Miami for the past two years and still haven’t managed to get a clear picture of the city. Just as I still don’t have a clear picture of my gender identity. Ten months ago, I began a hormonal treatment that is progressively turning me into a man. Every two weeks I get a 0.5 ml testosterone shot. In the past 300 days, this intramuscular injection has helped me grow hair on my face, change my voice, and widen my limbs. The woman who left Venezuela in July 2017 is now a pubescent boy, a transgender man in his first year, an almost man or incomplete man. 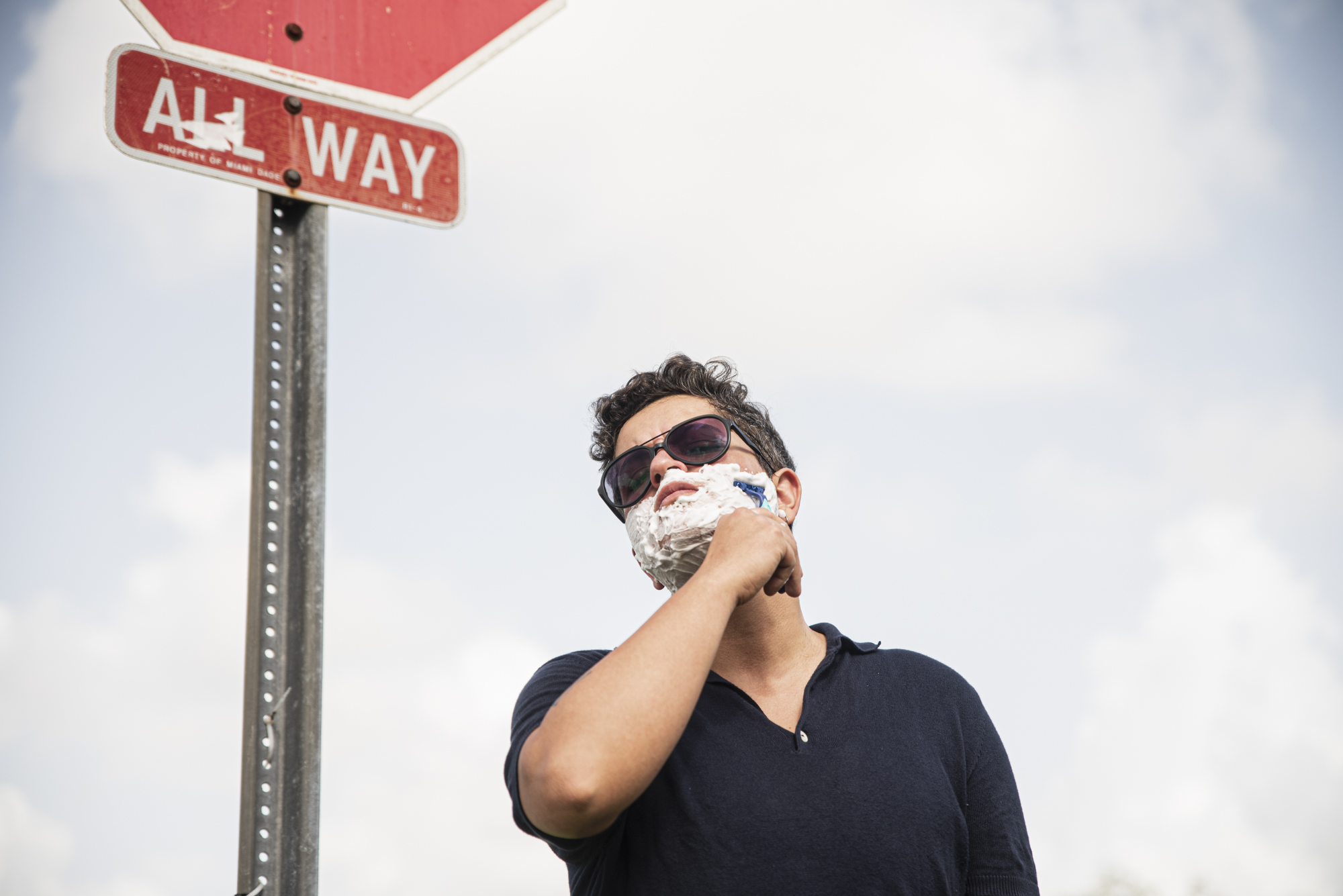 But what is completeness? Miami doesn’t know it either. Almost 53% of the people who live here weren’t born here; 69% of the population identifies as Latino or Hispanic and over 73% speak a language different from English at home (United States Census Bureau, 2017).
This comes as no surprise. We have a clear overview of what Miami is. It entertains us with its Spanglish and we’ve seen it represented by the tanned beautiful bodies and never-ending Latino parties that rule its media entertainment.

In 2018, almost 17 million tourists visited the city to get a kick of this experience. Did they know that there is something else outside the perimeter of the beach? Did they care? It is hard for me to believe that those aboard an all-inclusive luxury cruise ship who bid goodbye to the coast of Florida understand what happens in its backrooms.
‍ 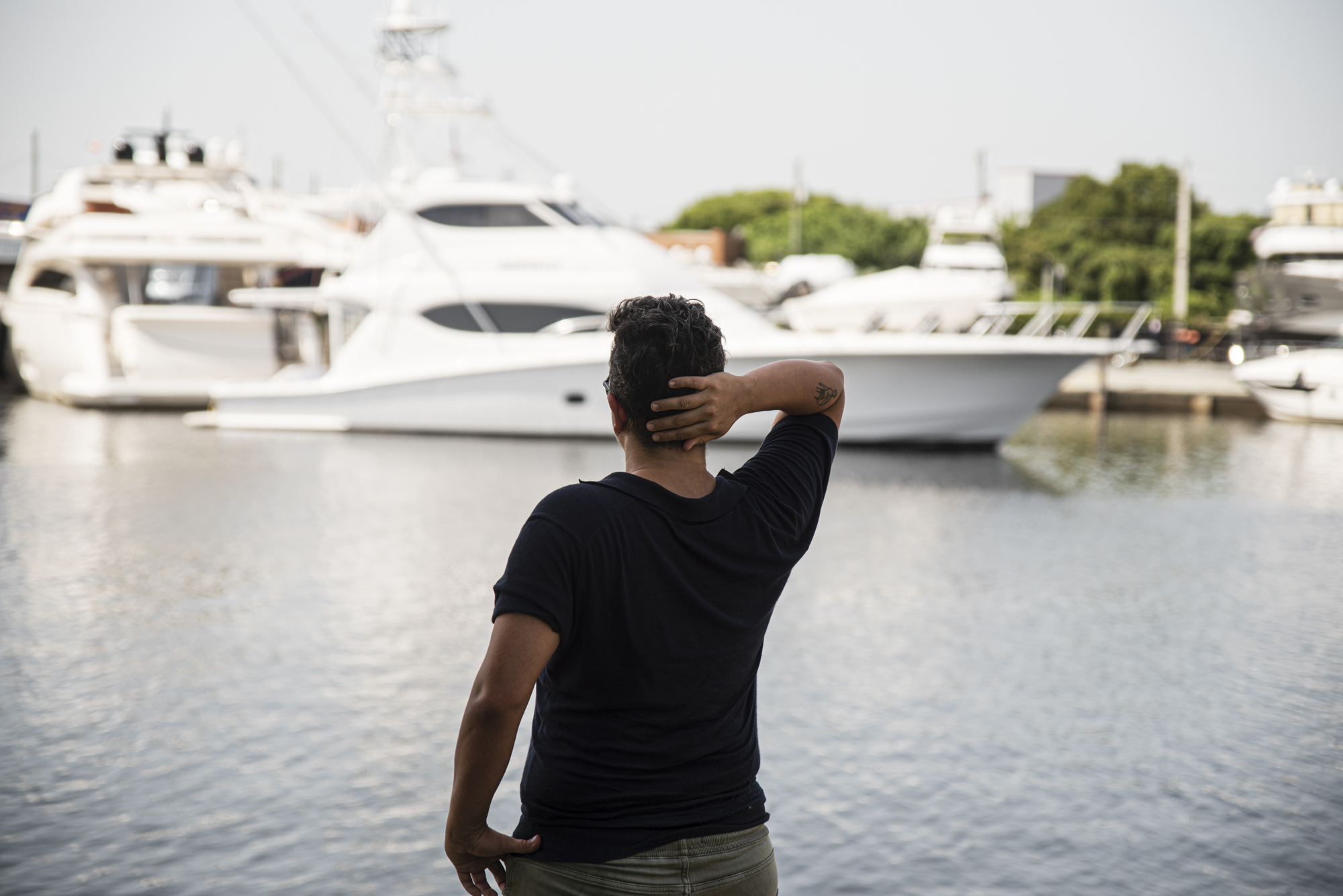 My friends don’t believe me when I tell them my Miami goes to bed early. They also don’t believe me when I tell them that people in my neighborhood go to Mass every Sunday (or Mass comes to them, in a bus that prays the Responsorial Psalm through its loud speakers). You have to live in Miami to know what you can buy with the extremely low minimum wage in Florida  ($8.46 an hour) and understand how to juggle two or more jobs in order to support yourself. Thus, slaves to taxes, tolls, and the difficulty of accessing medical insurance or food stamps (government aid for food) many Miami residents see the beach, hotels, skyscrapers, and waterjets as an unattainable spectacle, a playground we are not invited to play in. 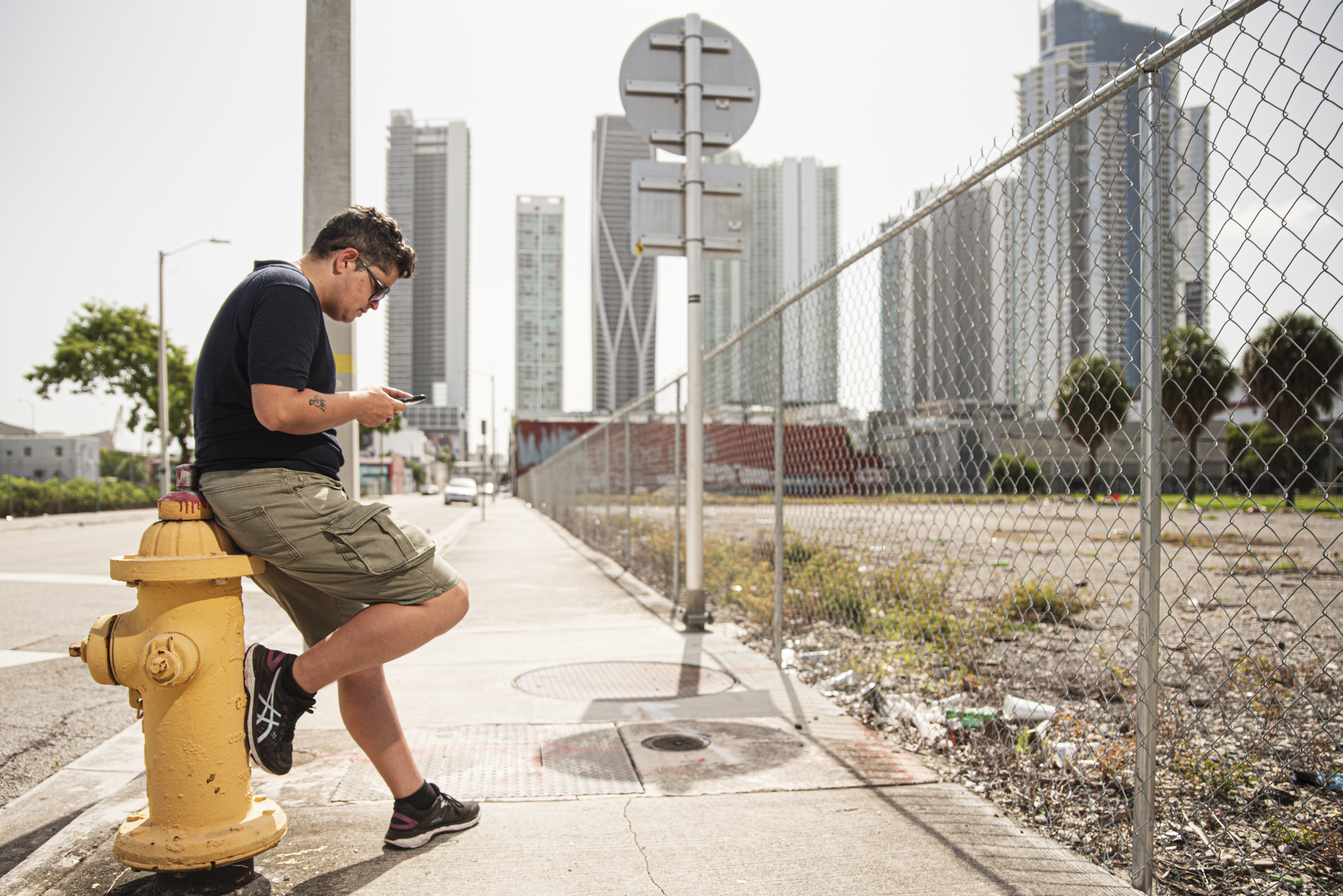 I live in a space between the water. On one side I see the life of tourists, or of those who are passing through to enjoy the virtues of the fourth most corrupt city in the U.S. On the other side, I live in a city-town, isolated and broken, divided by great highways, composed mainly by people, all very different from one another, who are “in the fight.” However, not everything is black or white. Miami also happens to be in a process of growth, investors are betting for life here so they decide to clean the neighborhoods, build modern buildings, create parks and recreational areas. This is known as gentrification. This city is currently living a transition highly celebrated by those who applaud the upper-class lifestyle and hated by those who are pushed out of their historic neighborhoods.
‍ 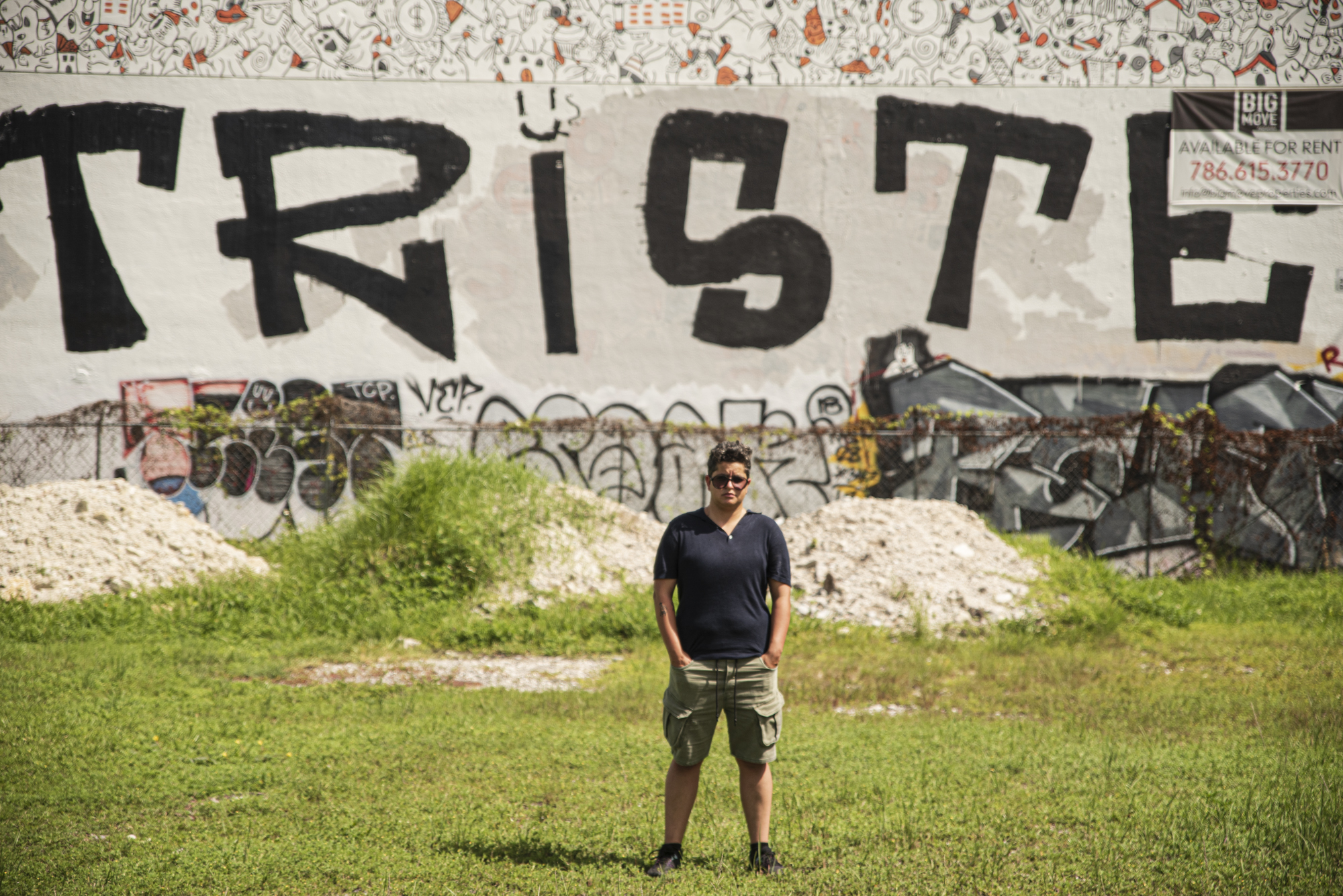 Changes. I look in the mirror and don’t recognize myself yet don’t remember how I looked before.  Testosterone has had effects on me, these are almost unnoticeable to those who see me every day, including myself, but become evident if we compare a picture of me today to one taken 10 months ago. I have undoubtedly crossed thresholds that would’ve been impossible to cross in my native Venezuela. This is not only due to the access to treatment, but also the exchanges with other queer people who have allowed me to put myself in a place where, for the first time, I am who I am. 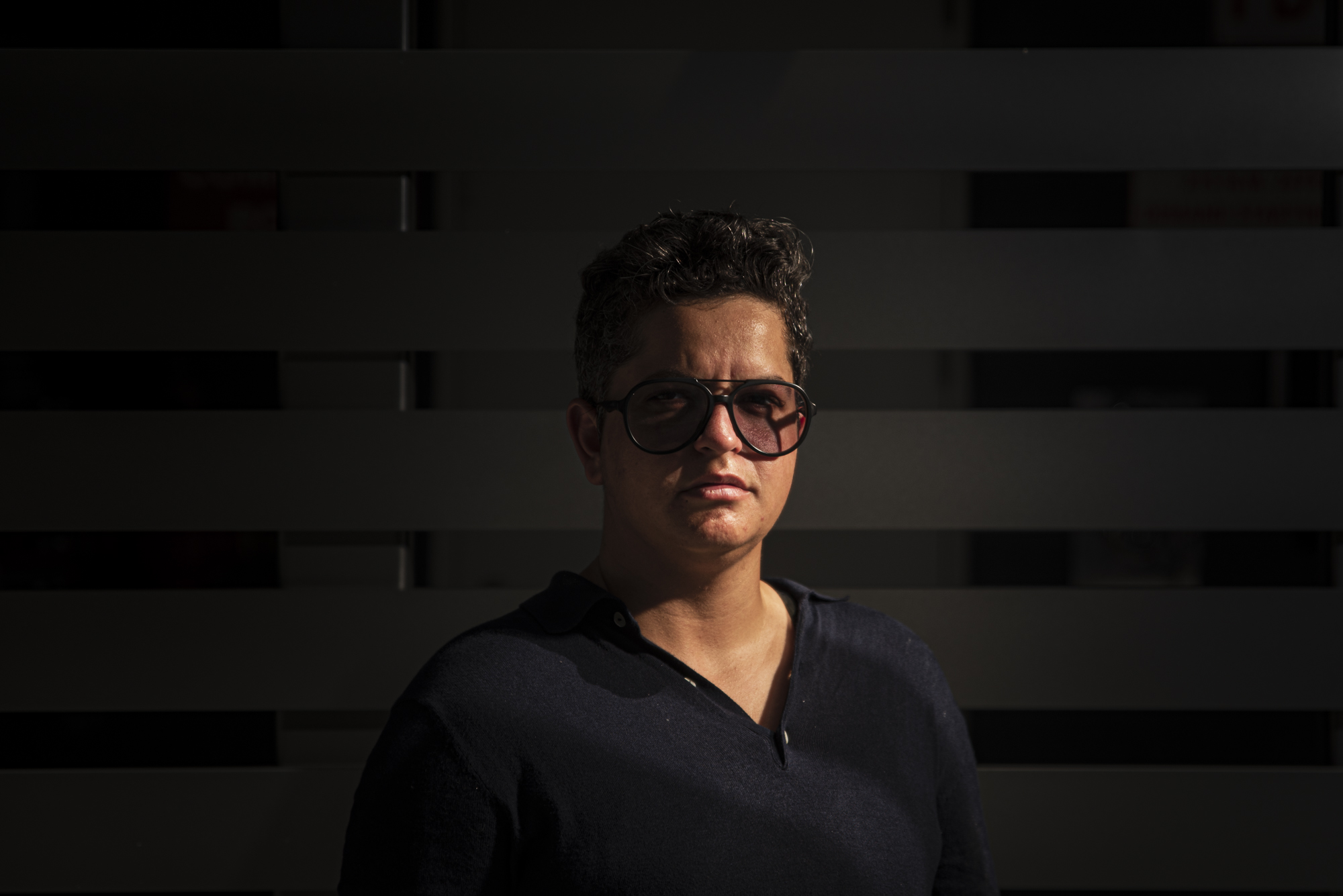 But how can I be composed of so many fragments? The broken Miami, the broken gender identity, the broken homeland. Just like a mosaic, I’ve learned to put my pieces back together, my personal exploration lies at the center: this is my transition. I have turned to LGBTQ+ events, parties, bars, and exhibitions all over the city. I am on a mission of finding the El Dorado of my identity. While doing this I have seen how cis gay men have a ball at Twist, a nightclub in Miami Beach that Versace used to go to. I’ve remembered Reinaldo Arenas’s classification of maricas at Azucar, a nightspot where Cubatón is the musical genre par excellence. I have put myself in evidence by scrutinizing the gender of the young people who enter Woods in Wynwood, all beautifully made up (it is clear that I still do not adapt to the existence of the non-binary). I’ve been to parties where the men wear cropped tops. I’ve seen a kiss between three santeros. I’ve heard a gay couple who, unable to understand themselves between English and Creole, have given everything to one another on the dance floor. I’ve seen, at the beach finally, the scars of a mastectomy in the chest of a transgender man. I have laughed my head off with the performance of a drag queen in Hialeah, a mythical place of Cubanity. And so, holding my queer girlfriend’s hand, I see that life is something else; something different from what it was two years ago when I arrived. 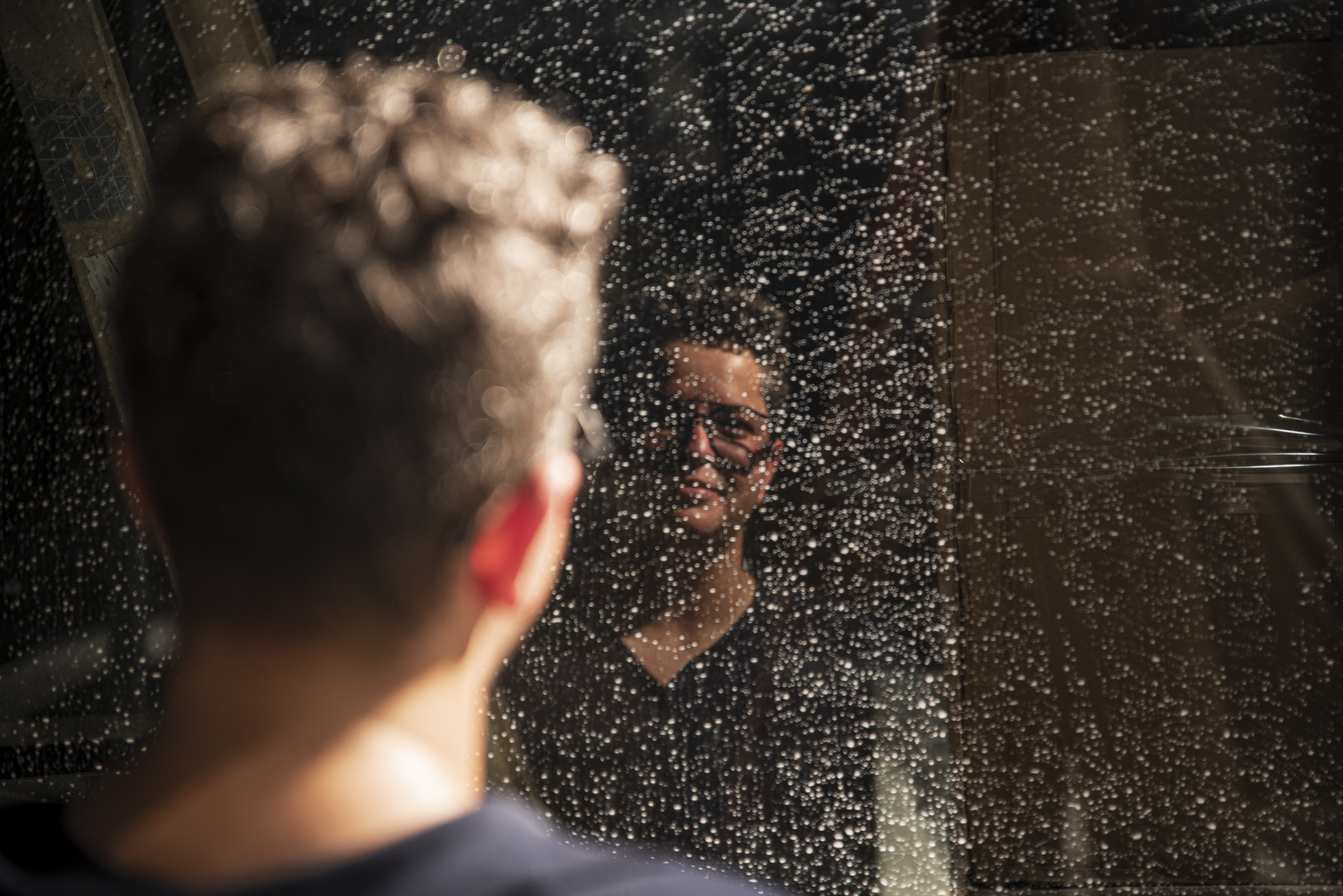 From the Tequesta Indians who occupied these coasts in the year 3 A.C., to the multiple immigration waves of Cubans, Haitians, Nicaraguans, Colombians, Venezuelans, Dominicans, Puerto Ricans, among others; the attacks and repercussions of the narco [drug culture], the luxuries of the Russians, the art deco architecture, the mixture of everything and nothing; the billionaire in that penthouse that I can see from the plane; the many corn products; the access to white cheese and Latin American vegetables at the mega corner market; and the LGBTQ+ picnic that I attended and surprised me by the variety of its members; to the pharmacist's greeting that once again gives me my corresponding monthly dose of hormones.  I have come to accept Miami just as it is, because Miami has also accepted me just as I am. 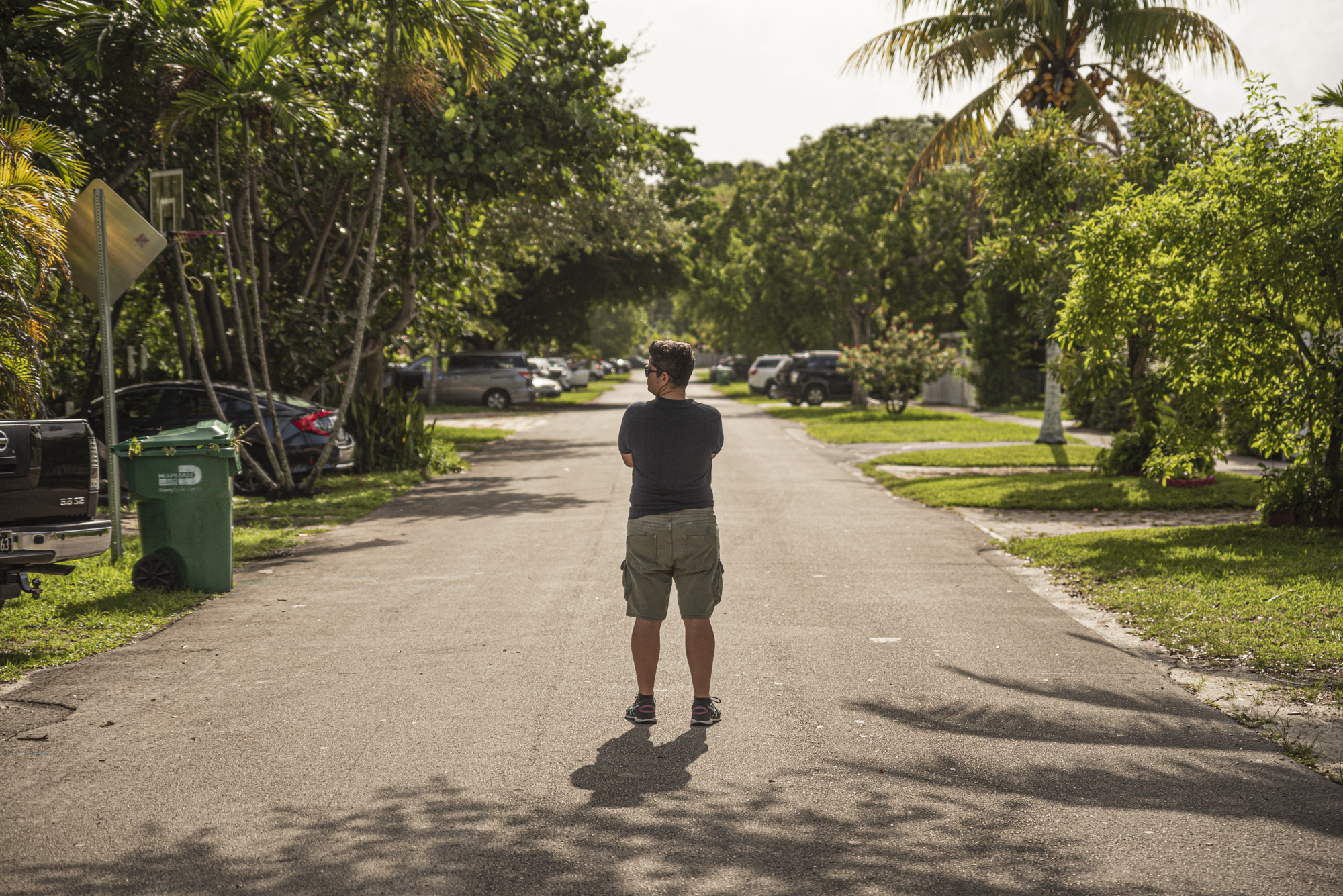 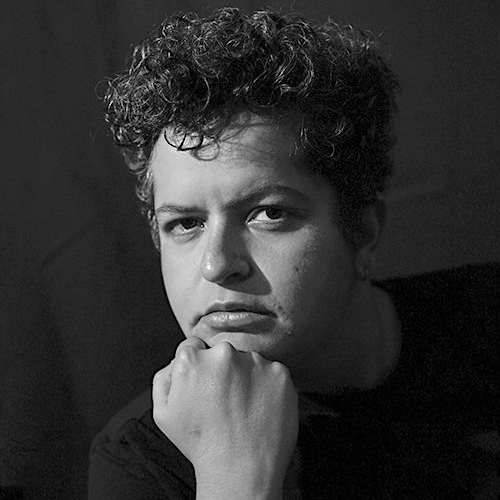 @PetipuaSaturno
IIsa Saturno is a Venezuelan writer and editor. He lives in Miami, U.S. In 2018, he published Conejo y Conejo, his first children's book. His poems are part of several anthologies, including a publication which was awarded the third place of the Rafael Cadenas Young Poetry Prize. He is currently documenting his transition in the digital platform El Estímulo.