Brazilian women have to migrate to other Latin American countries so they can get a legal abortion. As this is a privilege only a few can access, unsafe and illegal abortions are the most common practice and one of the main reasons for maternal mortality in the country and the rest of Latin America. 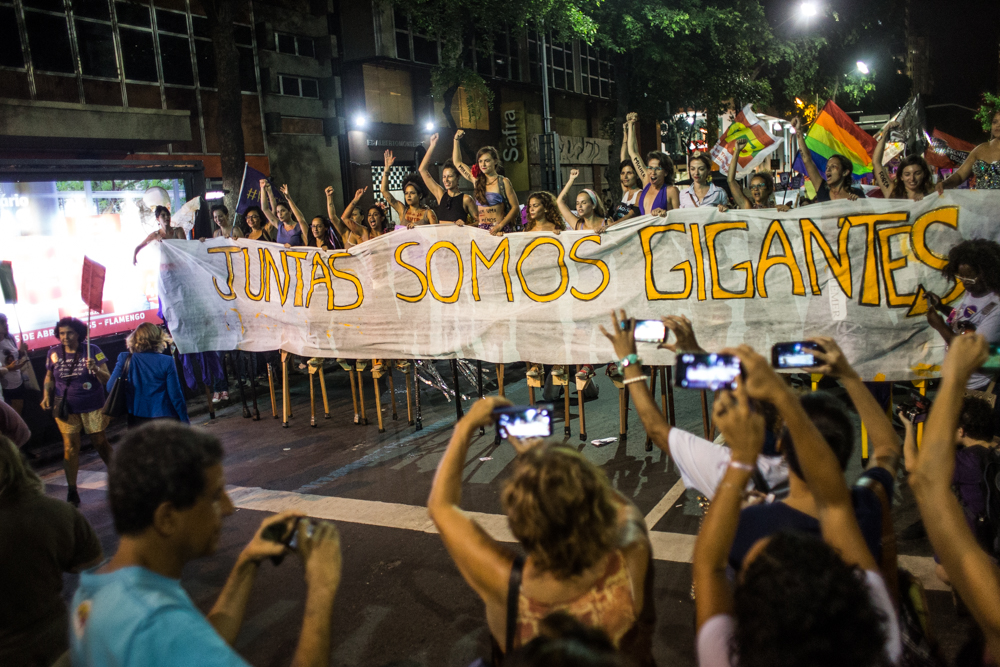 Rogéria Peixinho, activist and leader of the Brazilian Marcha da Vadias [Bitches March], brings out two fundamental elements that occur in this new migration wave: discrimination due to social class and the risk of being stigmatized by conservative groups who now speak of “abortion tourism.”

“We must be very careful when evaluating these migrations because, unfortunately, only a certain social classes can access safe abortions. In Brazil, we have many clandestine clinics that perform illegal yet safe abortions for about $1500, a trip to another country will not cost less than that. It helps, but only a small privileged part of the population can have access to it’, says Peixinho.

Maria recalls that having gone through the abortion procedure, she decided to start helping other women who were in the same situation as her. “When I decided to get an abortion I felt lost. I now look for as much information as I can and try to share it whenever they ask. I learned that we must fight for our health, our autonomy. I have no doubt that I was an exception to the rule and want to keep fighting until it becomes a right for all the women in my country.” Maria is currently part of a network that supports women who decide to get abortions.

‍
A survey carried out by UnB-UERJ in 2009, shows that a majority of women who go to public health services with sequels of an unsafe abortion are: poor women, with little education, live with a stable partner, are Catholic, hard-working, with a least one child, use contraceptives and between 20 and 29 years old.

The Anis-Unb 2010 survey confirms this profile in more detail. It reveals that 23% of women who could only attend up to the fourth year of elementary school had an abortion, compared to 12% of those who completed high school. It also showed how the proportion of women who get abortions increased with age, ranging from 6% (18 to 19 years old) to 22% (35 to 39 years old). Additionally, it showed that most women who got abortions were Catholic, followed by Protestant and Evangelicals, and finally by women from other religions or without a religion. 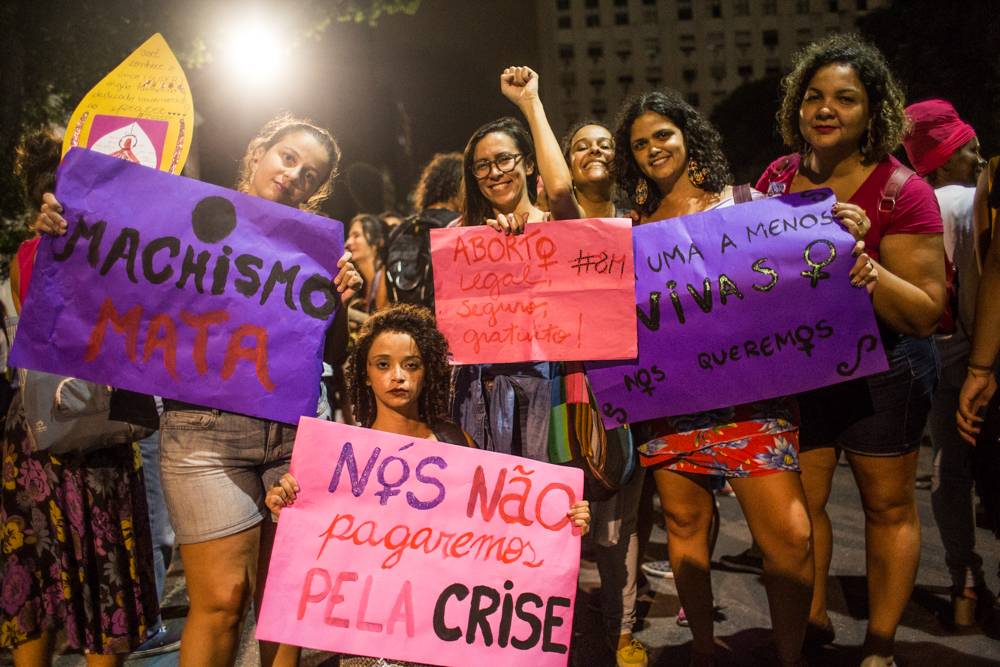 Manifestation for the decriminalization of abortion in Brazil. Credit: Viviane Tavares

Against the flow of our rights

At the beginning of this year, the World Health Organization (WHO) and The Population Division of the UN Department of Economic and Social Affairs launched the Global Abortion Policy Database. A document that included information on abortion health laws, policies, and standards in countries around the world. The database seeks to promote greater transparency in abortion laws and policies, as well as improving the responsibility of countries in protecting the health of women and girls, as well as human rights.
‍
“Ensuring a healthy life and promoting well-being for everyone from all ages” is the third of the 17 United Nations Sustainable Development Goals. These contemplate several goals, one of them aims to guarantee that by 2030, “universal access to sexual and reproductive health services, including family planning, information and education, and the integration of reproductive health into national strategies and programs”.
‍
Angela Freitas, coordinator at Frente Contra a Criminalização das Mulheres pela Legalização do Aborto [Front Against the Criminalization of Women for the Legalization of Abortion], assesses that, in spite of global indications that explain that the legalization of abortion must be recognized by health agencies and demanded by women around the world, there has been a setback in Latin American countries caused by the rise of conservative groups to power.
‍
“There is an organized movement of parliamentarians in various countries linked to religions that have legislated and hindered the progress of the pro-abortion agenda,” explains Angela Freitas. In Brazil, 30 bills were submitted to Congress in 2018 and 2019 with the objective of restricting, hindering or preventing access to legal abortion. The current legislature’s Frente Parlamentar em Defensa da Vida e da Familia [Parliamentary Front in Defense of Life and Family], brings together more than 200 parliamentarians who are clearly against the legalization of abortion. Most of them linked to religions of different denominations, such as Evangelicals, Catholics, and Spiritualists.

Luciana believes that in Brazil, like in the rest of Latin America there have been advances and setbacks since the Spring of 2018. “The fact is that since the Latina Feminist Spring there has been a larger conscience of women’s patterns and fights. In this process,  Brazil, reached its peak when we got a public hearing at the Supreme Federal Court (STF) and, in Argentina, when the legalization was voted. Today, Brazilians and Latinas, in general, have more information,” she reflects adding:  “However, at the end of 2018, we had the coming to power of a government and a hundred parliamentarians and far-right parliamentarians, who marked a setback in this fight that was advancing”. The public hearing on the decriminalization of voluntary termination of pregnancy until the 12th week of gestation turned a year old last August.

According to Leonel Briozzo, gynecologist and former vice minister of public health in Uruguay, when the law was proclaimed in Uruguay, Latin America suffered from the influence of religious and fundamentalist sectors as well as political conservatives. Briozzo points out as an important path to the construction of a dialogue "it is necessary to join forces even with more moderate sectors," he explains.
‍ 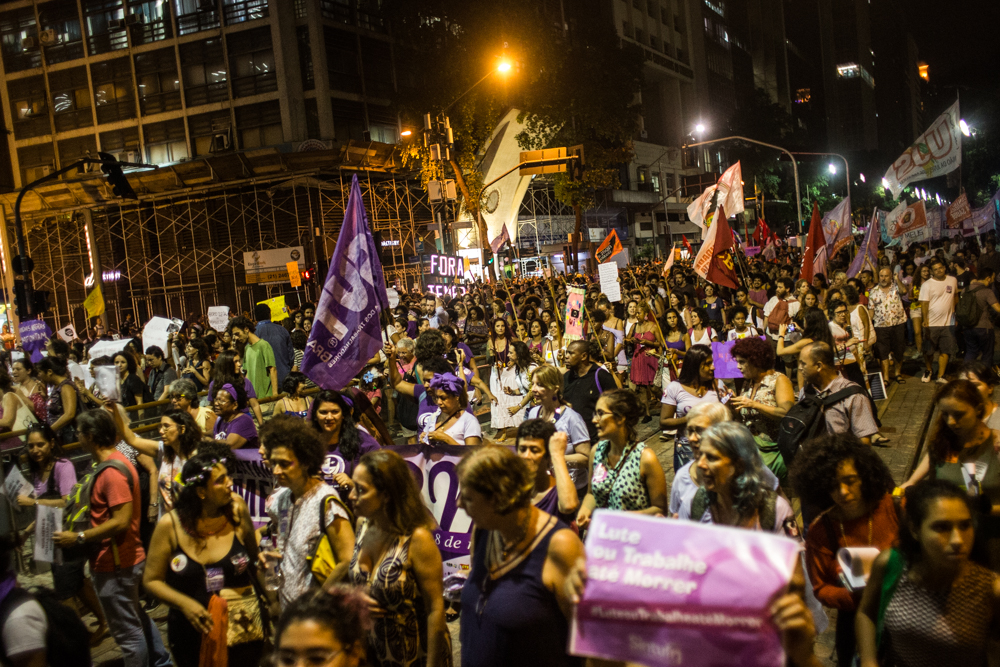 Rebeca Mendes Silva’s case was emblematic of Brazil in an effort to explain migration in search of the right to abortion. In 2017, after sending a letter to the Federal Supreme Court and receiving a denial of this request, promoting a mobilizing network to legally support its defense, Rebeca managed to get her procedure done in Colombia with nine weeks of gestation. She had the support of the Latin American Consortium against Insecure Abortion. In Colombia, the termination of pregnancy is allowed in cases that put the woman at physical or mental risk, when they are a result of rape, or where there is a malformation of the fetus. Colombia considered this abortion procedure legal to preserve Rebeca’s mental health.
‍
“I was a part of a lawyer collective that acted in her defense, but during that time, Minister Rosa Weber (judge member of the Supreme Federal Court of Brazil) opposed the argument, stating that her case did not match any of those allowed in Brazil. As a result of solidarity, Rebecca was able to go to Colombia where, although not yet legal, the laws are less rigid, ”said Boiteux.
‍
Another long-awaited initiative by Latin America women is the Women on Waves proposal. Since 1999, this NGO allows women from all over the world to access an abortion procedure on high seas in a ship converted into a mobile clinic. When boats are in international waters, they are governed by the laws of the country where they were registered. In the Netherlands, abortion is legal during the first three months of gestation for all women who wish to do so. Therefore, this ship of Dutch origin performs abortions on high seas in front of countries where the procedure is not allowed. Women on Waves has already performed abortions in Ireland (2001), Poland (2003), Portugal (2004), Spain (2008) and Morocco (2012). In 2008, the organization planned to campaign in Brazil, but logistic difficulty due to the size of the country and the complicated legal situation prevented the objective from being met.
‍
In Brazil, the mobilization for the breach of the Fundamental Precept [Arguição de Descumprimento de Fundamental Preceito or ADPF] 442, which questions articles 124 and 126 of the Criminal Code, referring to the definition of abortion as a crime, has had a strong support from other Latin American women, especially from Argentina and Mexico. The ADPF is pending and argues that abortion prohibition goes against fundamental precepts of the Federal Constitution, such as the right of women to life, dignity, citizenship, non-discrimination, freedom, equality, health and family planning, among others. At the same time, Brazilian women took to the streets to support the green wave in Argentina during the vote on the legalization of abortion in the country.
‍
“The ADPF aims to broaden the struggle for women's rights in the Judiciary, as the debate in Parliament is very limited, much more so with the current Congress. A year after being sent to the Attorney General's Office, it is still on hold. There was a statement from attorney José Antonio Dias Toffoli who said that he would not interfere in this so as not to generate a conflict between the Judiciary and the Legislative” explains Boiteux.

On September 28, International Safe Abortion Day, thousands of women took to the streets to fight for the decriminalization of abortion. Mobilizations for reproductive rights and solidarity continue to make noise throughout Latin America.

*Maria is a fictional name to preserve the interviewee’s anonymity. 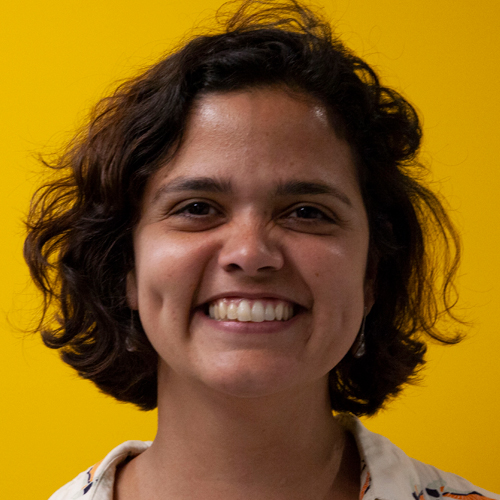 @vivirtavares
Viviane Tavares has a bachelor’s degree in Social Communication and Journalism. She lives in Rio de Janeiro, Brazil. She is a co-founder of Eté Checagem and collaborates with alternative media outlets on topics related to human rights, health, and gender.